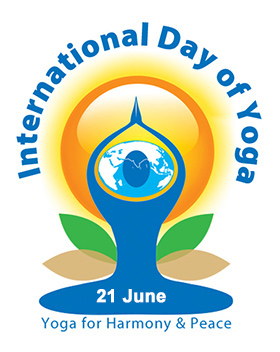 It is an ancient form of physical, mental, and spiritual exercise which helps achieve mental and physical fitness. The practice of yoga originated in India and dates back to pre-Vedic times

On June 21,  the Northern hemisphere will experience its longest day of the year, known as the summer solstice, or the first day of summer. The day also brings in the shortest night

The sun is at its zenith has been celebrated by all ancient religions and cultures since the beginning of time as the day of light. Even today the sun remains at the center of almost all spiritual practice and that is because the journey of thesun through the sky signifies our own spiritual journey.

On the day of the summer solstice, Lord Shiva turned south and first set his eyes on the Sapta-Rishis or Seven Sages, who were his first disciples to carry the science of yoga to many parts of the world.

Yoga is an essential science to bring this understanding and experience. This knowledge was transmitted thousands of years ago.

Today we have tremendous tools of science and technology, enough to make or break the world. It is very important that we have an inner sense and awareness of life, that we experience every other being as a part of ourselves

Yoga is more than just a form exercise, it is a union of our inner and outer selves which are interconnected with everyone and everything else in the universe. To find that oneness is to find our place in this world