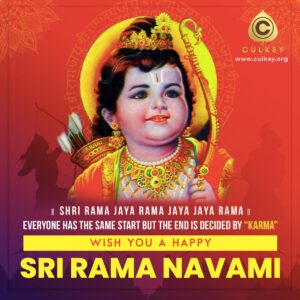 Rama Navami occurs on the Ninth Day after Ugadhi and marks the birth of Lord Rama & the festival celebrates the descent of Vishnu as the Rama avatar. This also is the celebration of the renewal of Spring happens beginning with the Vasantha Navarathri on Ugadhi and ending with Sri Rama Navami.

Lord Sri Rama is a very significant and important figure in Hindu India for many interconnected reasons. He was a direct descendant of Ikshvaku, one of the sons of Vaivasvatha Manu, from the Raghu Vamsha. His lineage is significant as Vaivasvatha Manu is the current Manu of our time. Lord Rama’s ancestors descend from Raghuvamsha a family whose lineage is traced back to Lord Surya, or Raghu the sun. The increasing power of the sun in the northern hemisphere after the vernal equinox could be a symbol of the ascension of the Raghu race to glory under the rule of Lord Rama. 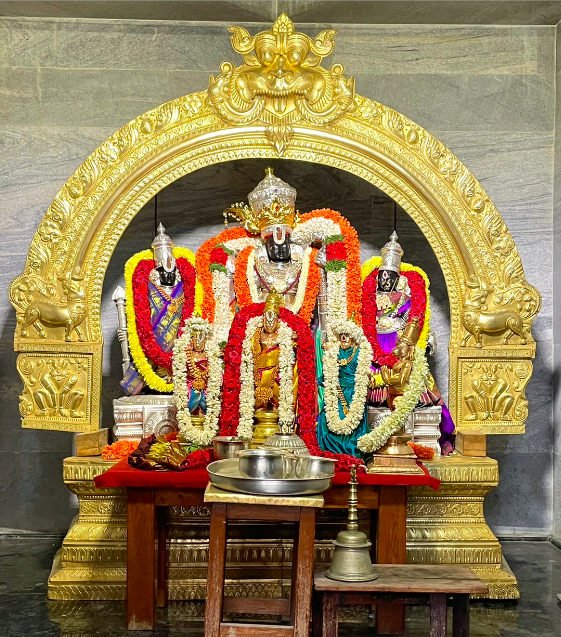 In addition to his ancestry, Lord Rama is also an incarnation of Lord Vishnu  Lord Rama was considered an epitome of Dharma He put his duty and commitment to his country over himself and his family.

The offerings consist of foods that cool the body because Rama Navami occurs after the vernal equinox when the Sun is at its Zenith to the earth and is on the celestial equator. This marks the period of one of the hottest months in India & since Lord Rama was born around Noon makes it appropriate.

This is followed by Chitranna ( Lemon / Mango) Rice as one’s appetite is small after having a heavy Prasadam.