The festival of Yugadi. Ugadhi, Ugadi – marks the beginning of the New Year 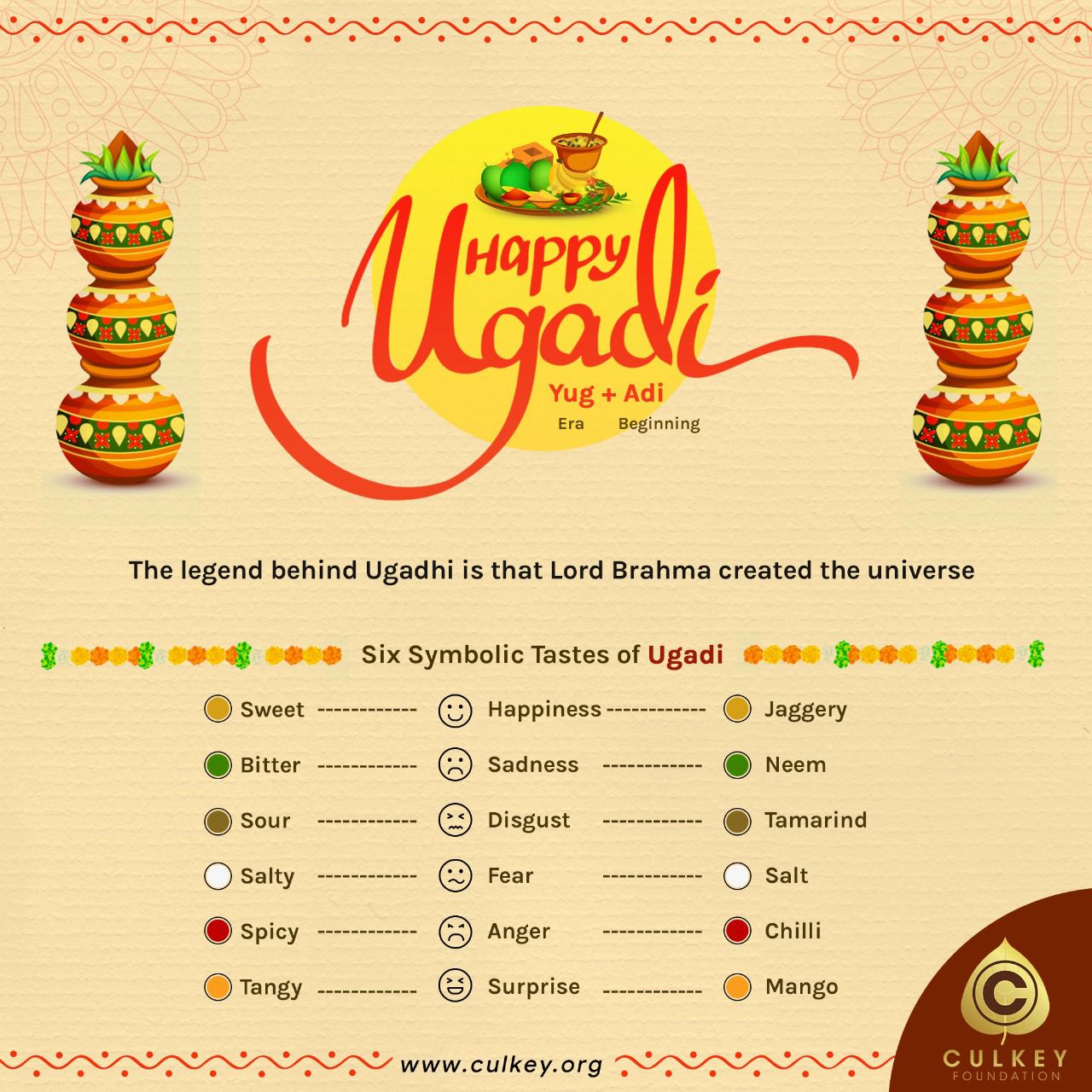 For those living between the Cauvery River and Vindhyas and those who follow the lunar calendar of South India particularly in the states of Karnataka, Andhra Pradesh and Maharashtra. The calendar dates back to the Shalivahana era which is supposed to have been built by the great legend Shalivahana. The king Shalivahana was also referred to as Gautamiputra Satakarni is responsible for initiating the era of Shalivahana.

The Lunar calendars have a cycle of sixty years and a New Year starts on the day of Yugadi on Chaitra Sudhdha Paadyami.

After the completion of every sixty years the calendar starts with a fresh New Year. During the festival, the season of spring is believed to have arrived at its fullest and everywhere the colours of festivals can be seen. New leaves budding on the trees look amazingly beautiful and utmost zeal and excitement can be seen in the hearts of people celebrating Ugadi. Though Lord Shiva had cursed Lord Brahma that he will not be worshipped ever but in Andhra Pradesh, this festival of Ugadi is specifically celebrated in honour of Lord Brahma. As per the ancient tales, it is believed that Lord Vishnu had taken the form of Matsya. On the day of Ugadi people clean their house and the nearby area and decorate the entrance of their house with mango leaves. And also people buy new clothes for themselves and for their family members.

The legend behind Ugadhi is that Lord Brahma created the universe; the nine-day long spring festival of Vasanta Navratri (Chaitra Navratri) begins on this day and concludes on Ram Navami.

A customary food prepared during Ugadi is Bevu Bella, a paste made from jaggery (sugar), neem buds, tamarind juice, and raw mango.

The paste combines several sweet and sour tastes. These different tastes are intended to remind anyone tasting the paste that life is a mixture of happy and sad events.

Lunar calendars have a sixty-year cycle and start the new year on Yugadi i.e., on “Chaitra Sudhdha Paadyami”. After the completion of sixty years, the calendar starts anew with the first year.

People traditionally gather to listen to the recitation of the religious Panchangam (almanac) of the new year, and the general forecast of the year to come. This is called the “Panchanga Shavana”, an informal social function where an elderly and respected person refers to the new almanac and makes a general benediction to all present.

May this Shubhakrutha Samvatsara be a bountiful year that brings you the utmost in health, wealth, peace, prosperity, joy, satisfaction and good fortune always!