Upakarma also called Avani Avattam or Janivārada Habba is a Vedic ritual practiced by Hindus of the Brahmin caste. This ritual is also practiced by the Kshatriya and Vaishya community, who are dvijas and therefore have the rights to do Sandhyavandanam, the daily ablution ritual.

Upākarma is conducted once a year during the shravana or Dhanishta Nakshtra of the Hindu calendrical month Shravana when Brahmins ritually change their upanayana thread accompanied by relevant Shrautha rituals, making śrāddha offerings to the rishis, whom Hindus believe composed the Vedic hymns. The day, also called Śshravana Poornima in other parts of India, On the following day, usually coinciding with the Raksha Bandhan festival in Northern and Central India, the Gayatri Mantra is recited 1008 times. 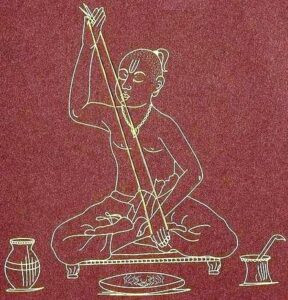 Brahmins belonging to the Samaveda do not perform upakarma rituals or change their thread on this day but rather on Bhādrapada Tritiya, the third day of the month Bhādrapada with Hastaa nakshatra.