The dwarf Vamana taking a leap-step is a part of many Hindu temple arts (above), and one legend behind Onam. Prahlada’s grandson, Mahabali, came to power by defeating the Gods (Deva’s) and taking over the three worlds, the defeated Devas approached Vishnu for help in their battle with Mahabali.

Vishnu refused to join the gods in violence against Mahabali because Mahabali was a good ruler and his own devotee. Mahabali, after his victory over the gods, declared that he would perform a Yagna (sacrifice ritual) and grant anyone any request during the  Yajna.

Vishnu took the avatar of a dwarf monk called Vamana and approached Mahabali. The king offered anything to the boy – gold, cows, elephants, villages, food, whatever he wished. The boy said that one must not seek more than one needs, and all he needed was “three paces of land.” Mahabali agreed.

Vamana grew to an enormous size and covered everything Mahabali ruled over in just two paces. For the third pace, Mahabali offered his head for Vishnu to step on, an act that Vishnu accepted as evidence of Mahabali’s devotion. Vishnu granted him a boon, by which Mahabali could visit again, once every year, the lands and people he previously ruled. This revisit marks the festival of Onam, as a reminder of the virtuous rule and his humility in keeping his promise before Vishnu.

Another version states that Parashurama brought Namboodiri Brahmins to southwestern parts of India, by creating a mini-Himalaya-like mountain range with his axe. The Onam festival, according to this legend, celebrates Parashurama’s cr 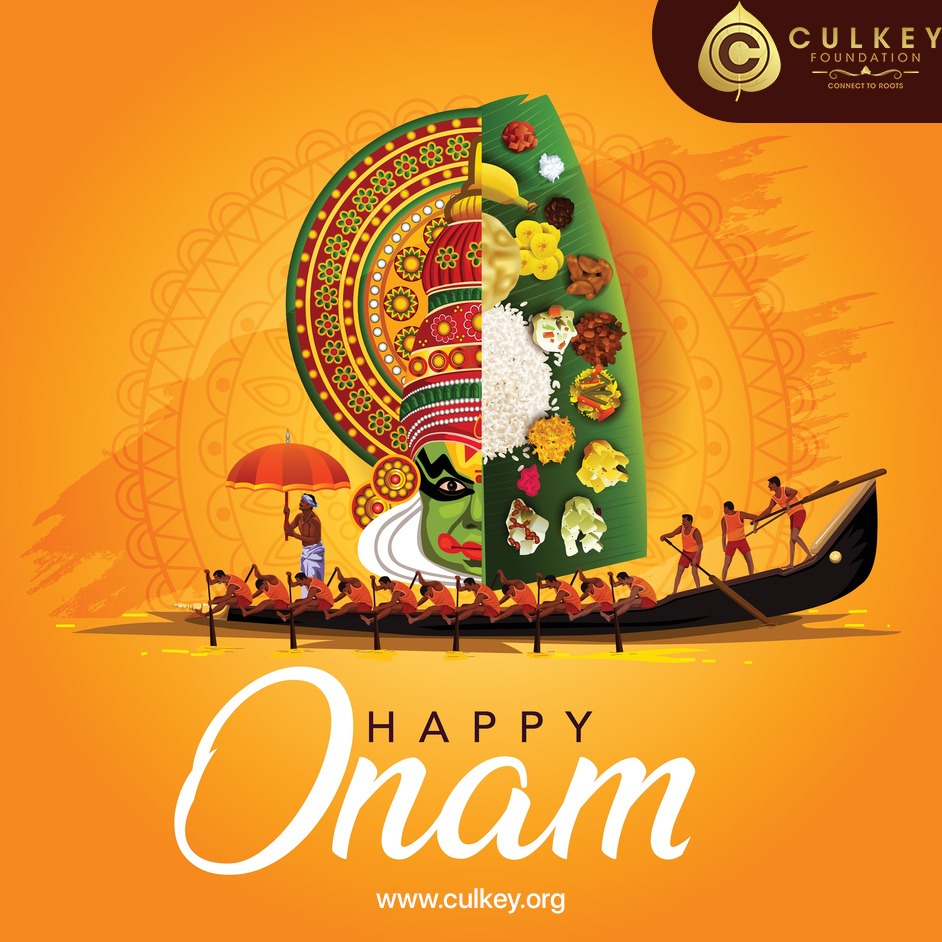