A Tribute to H.H Nalwadi Krishnaraja Wadiyar, Maharaja of Mysore

The maharaja had his early education and training at the Lokaranjan Palace under the direction of P. Raghavendra Rao. In addition to Western studies, he was instructed in the languages of Kannada and Sanskrit and was taught horse riding and Indian and Western Classical music. His early administrative training was imparted by Sir Stuart Fraser of the Bombay Civil Service. The study of the principles of jurisprudence and methods of revenue administration was supplemented by extensive tours of the state during which he gained extensive knowledge of the nature of the country which he was later to govern. 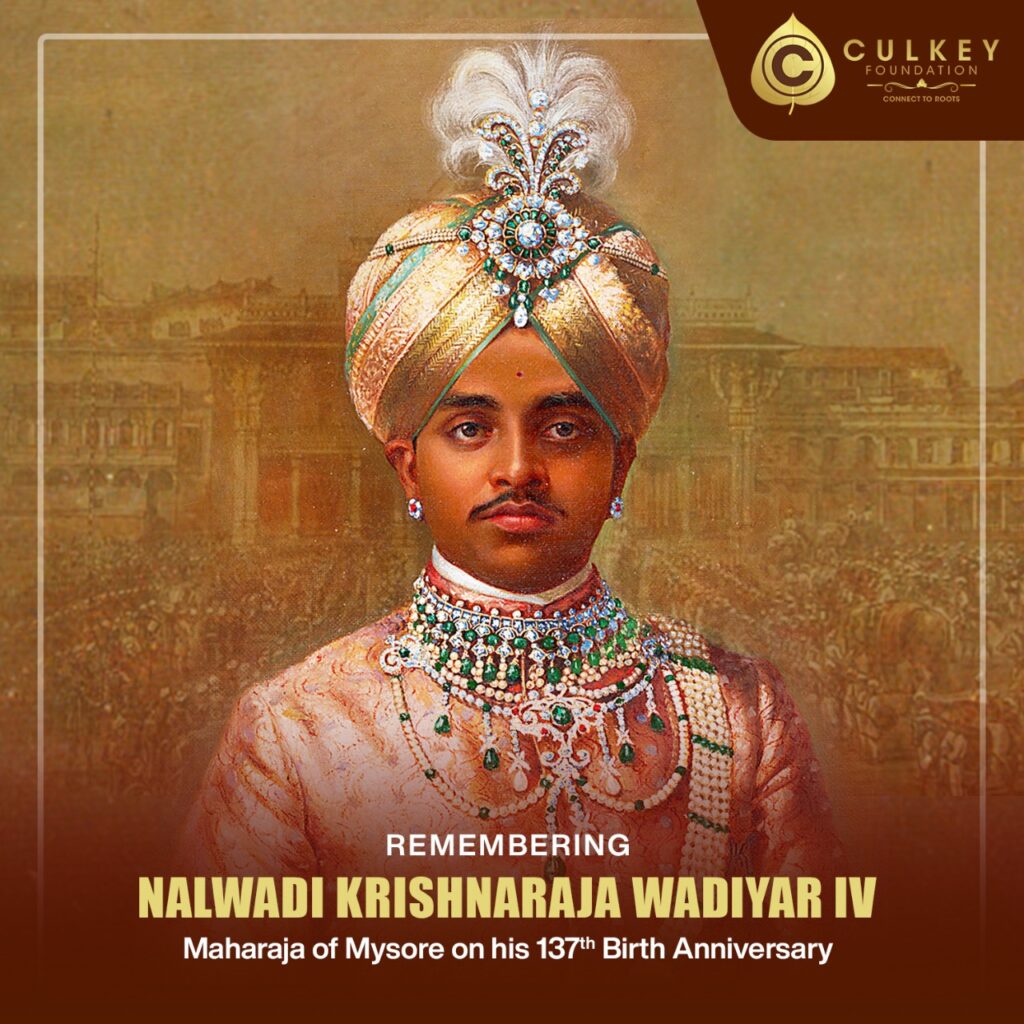 During his 39-year reign as Maharaja, Krishna Raja Wadiyar IV had the following diwans (prime ministers):

During his reign, he worked toward alleviating poverty and improving rural reconstruction, public health, industry and economic regeneration, education, and the fine arts

The Maharaja in today’s perspective was the perfect role model for a Startup Entrepreneur:

Here is a small tribute-note we have put together: